Thanksgiving, for me, has always been hard. Not the giving of thanks, per se, but the holiday itself. The mythology around this time of year. I’m sensitive to the history, I suppose, within my childhood home and beyond. We were not an entirely happy family, and I think that inside knowledge juxtaposed against the Norman Rockwell imagery of Thanksgiving made me a little skeptical of the entire narrative I’d been told.

I can remember sitting in a restaurant with my family one particular Thanksgiving, because my mother thought that changing the routine might give our holiday a little more cheer. But of course there was some disagreement between my parents that had soured the mood, so my father refused to order out of some kind of passive aggressive spite, and my mother sat across from me, spilling quiet tears into her mashed potatoes. We sat like that for the entire meal, a public display of misery: my silent, feuding parents, and my brother and I forcing ourselves to swallow all the things that we’d been served.

My father’s birthday is around the same time, so in addition to the dreaded feast, I labored to find a just-right gift that he never seemed to want, accompanied by an appropriately neutral card to convey the affection that I felt without seeming like I was lying. When I got older, I joked that I should start my own greeting card company to target others in my shoes — people for whom card-shopping was a difficult chore of expressing love to loved ones who didn’t always seem love them back. “I love you even though” was what I wanted to call it.

That’s how I feel about my country right now. America, I love you even though.

I cried hard in the shower last night, for a man I barely know, but whose bare naked soul I’ve seen glimpses of, and with whom I’ve fallen deeply and utterly in love. Brian Doyle’s writing gets me through the hard times, hard times such as these, and yesterday I learned that he has been diagnosed with brain cancer.

I met Brian at a literary festival in Bend, Oregon, and all of us who attended that festival that year will tell you that he stole the show with his humor and humility and brains. I sat in his craft lecture, eating up all of his stories about his brothers and his kids and his crooked nose — which he’d gotten from an injury playing basketball, “the greatest sport on earth.”

Later, when I asked Brian if he would write the foreword to the anthology of student writing that our literary organization was publishing, I mentioned that I, too, have a crooked nose, but that I’d instead gotten it from soccer, the greatest sport on earth. To which he replied, yes of course he would write the foreword, but that I was WRONG about soccer. Basketball is the greatest sport on earth. End of story, he was right, “because I’m the Dad, and that is that.”

—Which made me laugh and cry because it reminded me of my dad… and of love and hurt and anger and joy all mixed up together. Look, if there’s anything I’ve learned from Brian’s work, it’s that life is full of contrasts. Even within the most horrific moments of human tragedy, there is beauty and hope and grace. Like the moment he captured in his essay, “Leap,” about a man and a woman, hand-in-hand, falling from the World Trade Center to their deaths on 9-11. Of that moment, Brian wrote:

Their hands reaching and joining are the most powerful prayer I can imagine, the most eloquent, the most graceful. It is everything that we are capable of against horror and loss and death. It is what makes me believe that we are not craven fools and charlatans to believe in God, to believe that human beings have greatness and holiness within them like seeds that open only under great fires, to believe that some unimaginable essence of who we are persists past the dissolution of what we were, to believe against such evil hourly evidence that love is why we are here.

Let me repeat: That human beings have greatness and holiness within them like seeds that open only under great fires. And that love is why we are here.

I am meditating on those words with a pen in my hand, and I think that you should, too. Stories are food, Brian says. We need them. We need your stories to survive. I will leave you with the Foreword that he wrote for our student anthology, Lost and Found. Please, as you read it, think of Brian and send him your thanks, your food, and your prayers.

(Friends interested in helping Brian and his family can also check out the Doyle Family Support Fund.) 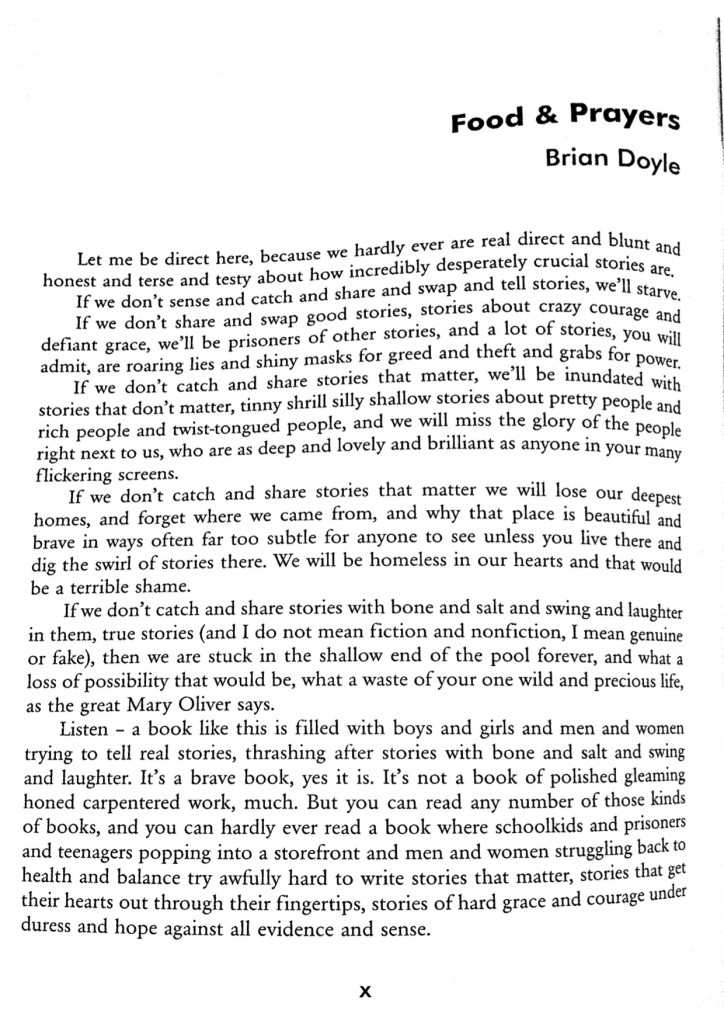 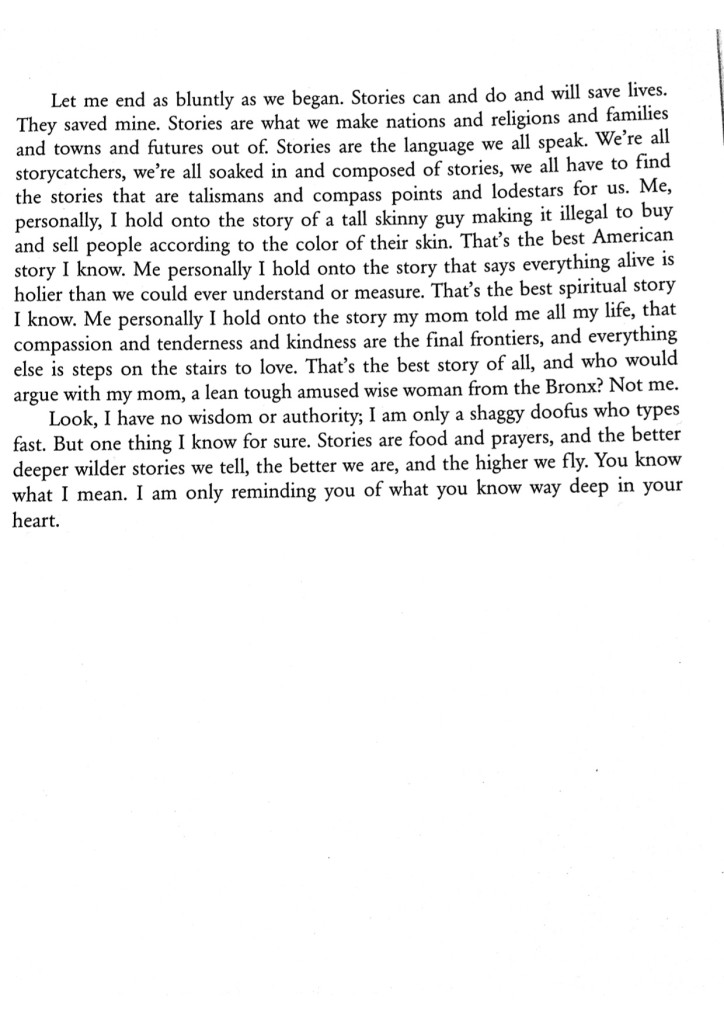 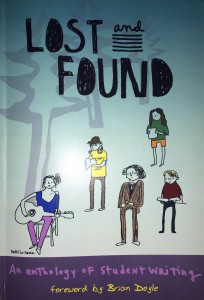