If There Were No Rules

When I first moved to the town where I currently live, I spent some time looking through environmental databases to learn about the dirty secrets of the town. I did this out of curiosity and habit — mostly because of what I used to do for a living, but also because I believe that the number of contaminated sites a community has tells a story, not only about its history, but about its commitment to the future.

My search uncovered a standard array of petroleum spills from leaky underground storage tanks throughout the town, including a somewhat significant one at a gas station adjacent to my daughter’s school. Luckily, the flow of ground water appears to move away from the school’s building footprint; although the contamination appears to have migrated offsite through the utility corridor, and was bad enough at one point to have warranted concerns about vapor intrusion at neighboring properties. The state is still working on that.

I also learned about soil and ground water contamination beneath the former Standard Register facility, now occupied by Connor Homes, and how the Subway on Court Street used to be a dry cleaner. Yes, indeed a dry cleaner that had an historic release of chlorinated solvents. When the problem was discovered some 20 years ago, plumes of tetrachloroethylene (PCE) and its carcinogenic degradation products had already migrated offsite, spreading beneath the neighboring residential properties and heading toward the daycare center located immediately behind.

I remember feeling a jolt as I read through the site records, as one of the owners of the offending dry cleaner bore the same last name as mine, and perhaps even more jarring because I have friends whose young children are currently enrolled at that daycare.  But I also recall feeling grateful —as I often did when I worked in the regulatory field— for the foundation of regulations that enable problems such as these to be addressed. The investigation report I read indicated that contaminated soils had been removed, that indoor air monitoring had been conducted for the daycare and neighboring homes years ago, that exposure pathways for sensitive receptors had been evaluated — in short, that the problem hadn’t been ignored.

If you are a parent of school-aged children like I am, you have no doubt encountered the locked doors and sign-in sheets at the front office of your child’s school. You may have submitted to the required background check before serving as a classroom volunteer, and have most likely provided documentation for your child’s receipt of the required vaccinations to attend their public school. These are just a few of the many protective layers that have been put into place to guard the health and safety of our kids, and many of them —like the heightened security and locked entrances, for instance— probably a reactionary procedure born from some tragic, preventable event.

It’s easy to forget the origins of such protective measures, especially when the threat is no longer visible. Easy for parents to forgo vaccinations for their children without the shadow of an iron lung looming overhead, because the regulations that were put into place have successfully kept our exposures at bay. But the threat is still present, and cracks in the armor of those protective measures invite the risk to come back in, as reminded by the few cases of whooping cough that cropped up at our school this year.

Having worked in the public sector, I am fully aware of the inefficiencies that plague the regulatory sphere. Improvements can always be made, I agree, but regulations are often there for a reason, their very purpose a storied affair. What would have happened, I wonder, if there were no rules? If the dry cleaner hadn’t been required to investigate and remediate its mess, if nobody even knew? What would the kids of the Mary Johnson Child Center be breathing into their lungs while they napped on mats along the floor?

I guess that’s why I’m so disgusted by the efforts of Trump and his supporters to usher in Cabinet members who seem so committed to the unraveling of protective regulations — everything from economic and education policies to environmental protection. It’s as if they’ve conveniently forgotten the critical events that have shaped the policies of the agencies for which they’ve been tapped to represent. And though it’s been nearly 30 years since Love Canal and the resulting Superfund legislation, it’s been less than a year since the lead-contamination tragedy in Flint, Michigan, and only 5 months since the PFOA crisis for the citizens of Hoosick Falls, NY. 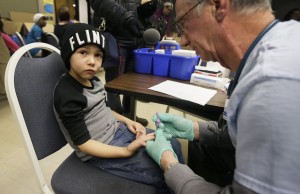 If providing safe drinking water to our children isn’t a fundamental American value, then I don’t know what is.

Or maybe that’s just it. Maybe this incoming administration is just a timeline marker for the seismic shift of American values from a commitment to the preservation of health and human rights to something a little more… green.

Look, American industries have been complaining about regulation since the first regulations were ever passed. Cut the red tape, they say now, so we can be competitive with China. 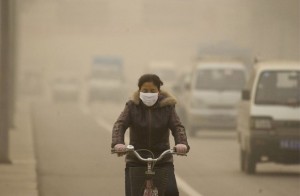 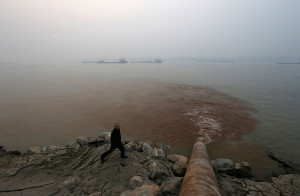 That used to be us. I thought we already decided that wasn’t acceptable for our future generations. And remember child labor?

Even that had to be regulated away.

But now I’m beginning to wonder if it ever really went away. Because the truth is, the burden we’re currently placing on the backs of our future generations might be the most brazen form of child labor that there is. 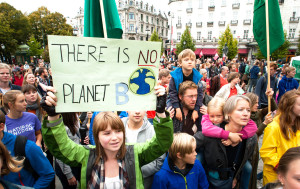 There is no Planet B: Inhabit.com