A few months ago, my daughter’s friend was celebrating her birthday during a weekend soccer tournament. The girls all sang Happy Birthday to her after the last game of the day, before devouring the cupcakes that someone else’s mother had baked for them. We were all gathered at the picnic tables under the concession tent —all of us sunburned moms and dads, talking and laughing and snapping iPhone photos of the kids — when one of the moms turned to the birthday girl’s mother and said, “Happy Labor Day.”

It took me a moment before I realized what she meant.

In our town, Labor Day is marked by the placement of American flags all around the town, a patriotic gesture provided by the local Rotary Club. It’s a nice nod to all the workers out there — the people who stock our grocery shelves, the workers who pave our streets, the teachers who guide our children, the doctors and nurses who tend to our health. All those working people who make the American engine run.

It’s been over a decade now since I left my career as an environmental scientist. It almost hurts to write that down. I remember feeling panicked when I hit the 5-year mark — like I had fallen from the train and would never find my way back in. You can infer from that how I’ve been feeling about it lately.

Sure, I’m a writer now, and sometimes I even earn a little money. But most of the work I do — writing, volunteering, caregiving — is work exchanged in the gift economy, which is not to say that it’s unimportant or unfulfilling work, but rather un-accounted, or at least un-celebrated.

So I’ve been missing my old career. I miss the science, the urgency. I miss the intellectual and political stimulation. I miss the people I used to serve.

Sometimes, when I’m away from my children and allow my mind to wander the pastures of what might-have-been, I question the decision I made years ago to leave my career and stay at home to raise them. I had tried my hand at being a working mother, but found it too burdensome in the context of my husband’s demanding cardiology career. The ultra-marathon days, the call. That mother-fucking pager. I didn’t want to hire it out, so instead I gave my employer notice.

When I told some of the people whose wells I’d been monitoring for the state that I was leaving my job, they asked, “Who will make sure our water is safe?”

I told them that someone else would fill that role. But I couldn’t tell them that because our regulations reflect our cultural value of profit over health, that even if someone is doing the work of monitoring their wells, things can (and sometimes do) slip through the cracks.

I miss my former work enough that I’ve been following the environmental stories of my newly adopted state. For the past year or so, I’ve been obsessing about perfluorooctanoic acid (PFOA) in drinking water wells in the southwestern corner of Vermont, caused by the former activities of Teflon-related industry. I have written about this before.

I think a lot about the people impacted by this issue: the families now struggling in the face of an uncertain future, the parents laboring to cook their family meals with bottled water. These are exactly the kind of people I used to serve.

Back in the late 19th Century, when manufacturing laborers were gathering strength to organize and fight for worker protections against unsafe working conditions —and back when the federal Labor Day holiday was first officially sanctioned— this area of Vermont was a hub of industrial activity. The Walloomsac and Hoosic Rivers provided ample hydropower to run dozens of factories and textile mills, several of which were known to have used child labor.

In 1910, photographer and sociologist Lewis Hine documented these practices in the factories of Bennington and Pownal, Vermont: 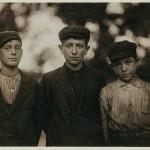 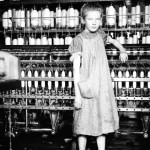 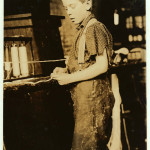 Now, over a century later, children of the same ages as those who worked in the mills are laboring to metabolize PFOA from their bodies. Mothers have unknowingly nourished their babies with the chemicals from their spouse’s or neighbor’s former employer.

Happy Labor Day, she said. As in, Happy Anniversary of the day you delivered this child safely into the world. Who will he or she become? What will he or she do for a living?

What little we do know about the health impacts of unregulated chemicals like PFOA we owe completely to the industrial workers of the past — men and women who have been acutely and chronically exposed to toxins over the duration of their careers. Occupational exposures provide the very foundation of our epidemiological knowledge of toxic substances in the marketplace, from coal miners to the Radium Girls to the more recent cases of DuPont workers injured from the manufacturing of Teflon.

Consider the story of Sue Bailey, a former DuPont worker at the Washington Works plant in Parkersburg, West Virginia — who was repeatedly exposed to PFOA while pregnant and then delivered a baby boy with severe facial deformities. 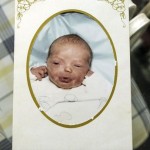 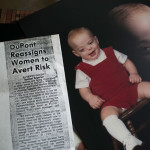 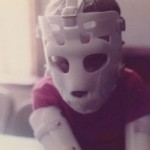 Upon her return to work, Sue discovered a company memo in the women’s locker room, which cited a study that had been conducted by 3M (the company that supplied PFOA to DuPont for the manufacturing of its Teflon product), detailing the occurrence of eye deformities in the offspring of lab rats who were fed PFOA during gestation.

Sue confronted the Washington Works facility’s medical doctor and asked if her exposure to PFOA had caused her son’s condition. The doctor denied any causation, but within a year, the company prohibited any women of child-bearing age to work around PFOA, per the expert opinion of DuPont’s chief medical director.

Sue continued to work for DuPont until her son, Bucky, was five years old. He would undergo dozens of surgeries to address his medical problems, and Sue needed the income to cover the expense. She didn’t file a lawsuit against DuPont at the time, because she couldn’t find an attorney who was willing to take her case. Everyone was afraid to confront one of the region’s most important employers.

According to the United States Department of Labor, Labor Day “…is a creation of the labor movement and is dedicated to the social and economic achievements of American workers. It constitutes a yearly national tribute to the contributions workers have made to the strength, prosperity, and well-being of our country.”

I interpret that concept broadly, the well-being of our country.

To this day, DuPont denies any connection between Sue Bailey’s prenatal PFOA exposure and her son’s facial abnormalities. And just like the United States Radium Company did with the Radium Girls, DuPont has spent decades and millions of dollars downplaying the toxicity of the key ingredient in its market centerpiece.

It should come as no surprise then, that Michael Dourson —founder of the consulting firm that DuPont hired to evaluate the toxicity of PFOA, and a DuPont-paid expert witness in the first of 3,500 lawsuits brought against the company for PFOA-related injury — has been nominated by Donald Trump to head the Environmental Protection Agency’s chemical safety office.

Indeed the very same division charged with determining federal drinking water standards for PFOA and other emerging contaminants. The standards that are supposed to protect us and our children, the workers of the future generation.

Happy Labor Day, she said. It took me a moment to realize what she meant.

Ready yourselves, fellow mothers. The work has just begun.